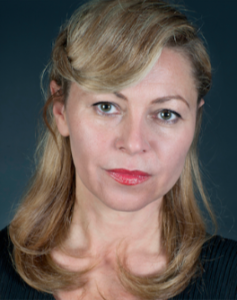 Margarete Jahrmann is a media epistemologist and an internationally renowned artist on topics of activism, urbanity and play. She is the designer of numerous game art works, research and play installations, performances as well as exhibition and urban games. She holds a professorship for Game Design since 2006 and was co-director of the New Media and Arts department at University of the Arts Zurich from 2000-2006. 2013-2016 she was lecturer Playful Ludic Interfaces, Institute Interface Cultures, University of Arts Linz and since 2011 is senior lecturer for Digital Arts at University of Applied Arts Vienna.

Jahrmann and Max Moswitzer were awarded a distinction in interactive arts, Prix ars electronica 2003 for their Game Art work “Nibble Engine”, published under the label climax.at. 2004 they received the software arts award transmediale Berlin 2004 for a modification of their Nybble-Engine as Anti-war shooter climax.at.

2006 she founded the Ludic Society with a focus on Urban and Pervasive Games as arts practice and since then co-edited the Ludic Society magazine as a periodical appearing from 2006 – 2008 together with the Viennese artist Max Moswitzer, on play, ludic methods and activist and ‘pataphysical strategies. The affiliation was introduced in Plymouth UK as part of Jahrmanns PhD research on epistemic research cultures, techno science histories and the role of affiliations as “role play” systems in research hierarchies.

In 2008 she was lead developer of a major Alternate Reality Game Exhibition at the newly founded media museum Laboral Gijon in Spain and developed a series  of exhibition games, using Augmented Reality technologies, as Toygenosonic for the Aaros museum in Aarhus, Denmark,

In 2009 she was arts research fellow at the MIT gambit lab, finishing her arts based PhD thesis, which she defended 2010 at the University of Plymouth under the guidance of Prof. Roy Ascott under the title Ludics for a Ludic Society. The Art and Politics of Play. http://pearl.plymouth.ac.uk/handle/10026.1/453 The thesis was accompanied by seven exemplary arts pieces, regarded as arts based research experiments and were discussed as evidence for an argument of play as form of political agency in arts.

2010- 2013 She was principal investigator of the Vienna based research outcome part on the EU funded joint research programs HERA project lead by the media researchers Michael Punt and the highly inspiring cultural theorist Martha Blassning, University of Plymouth, UK) on key media technologies, TEF, Technology Exchange und Flow and made a duration symposium with international research partners as The Eye Amsterdam at Kunsthalle Vienna. 2013 she and the cultural scientist and head of the department Social Design Brigitte Felderer co-edited and conceptionised the Augmented Reality Book „Play& Prosume. Schleichender Kommerz und Schnelle Avantgarde“, Verlag für Moderne Kunst Nürnberg. The book was designed as interactive art piece, with an according Augmented Reality App, downloadable under the name AAA profiler in the Appstore, which extended the book through artistically designed natural markers into a playable object, with the aim to extend the experience of the research topic “Produsage”. She and Felderer also curated the major exhibition at Vienna Kunsthalle Karlsplatz as outcome of the three years EU funded humanities research project, on subliminal messages, Avantgarde media arts practices, propaganda and the participative imperative of contemporary social media.

2016 she and the neuroscientist Stefan Glasauer developed a live staged experiment with brainscandata and neurofeedback in the “Opera of Entropy”, Vienna – questioning empiric research in the form of a mis en scène of experimental game situation, a game interface named “Decision Demon” in relation to participative play principles.

2016 Margarete Jahrmann and Max Moswitzer presented their Ludic Society final publication, the fully ‘pataphsical conceptual “VOID Book” in a VOIDbook soirée at Cabaret Voltaire Zürich, at the month of the 100th anniversary of DADA in Zürich. The book was also launched with a series of performance lectures at the Auditorium Goldscheyder Vienna and with a lecture on Ludic soirées as research format at VOID ISEA Hongkong/ RunRun Shaw Creative Media Center. 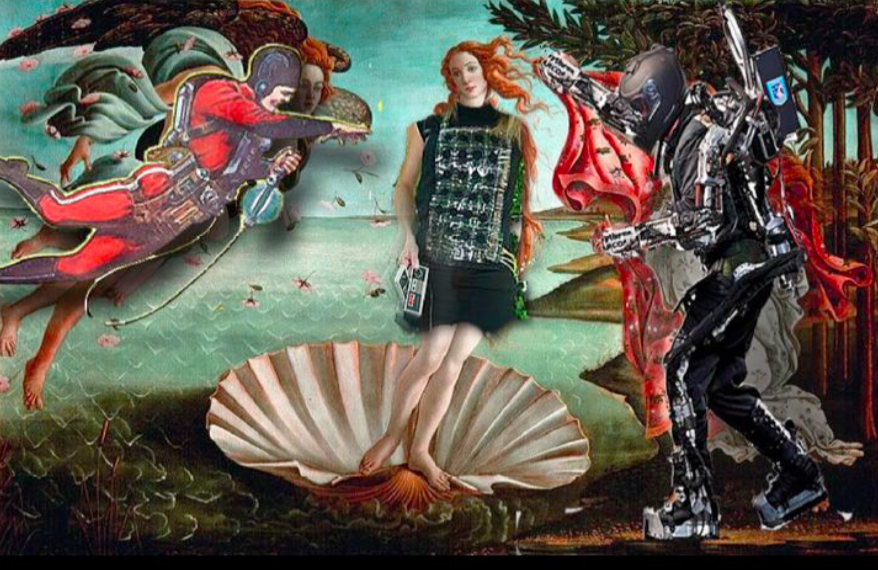