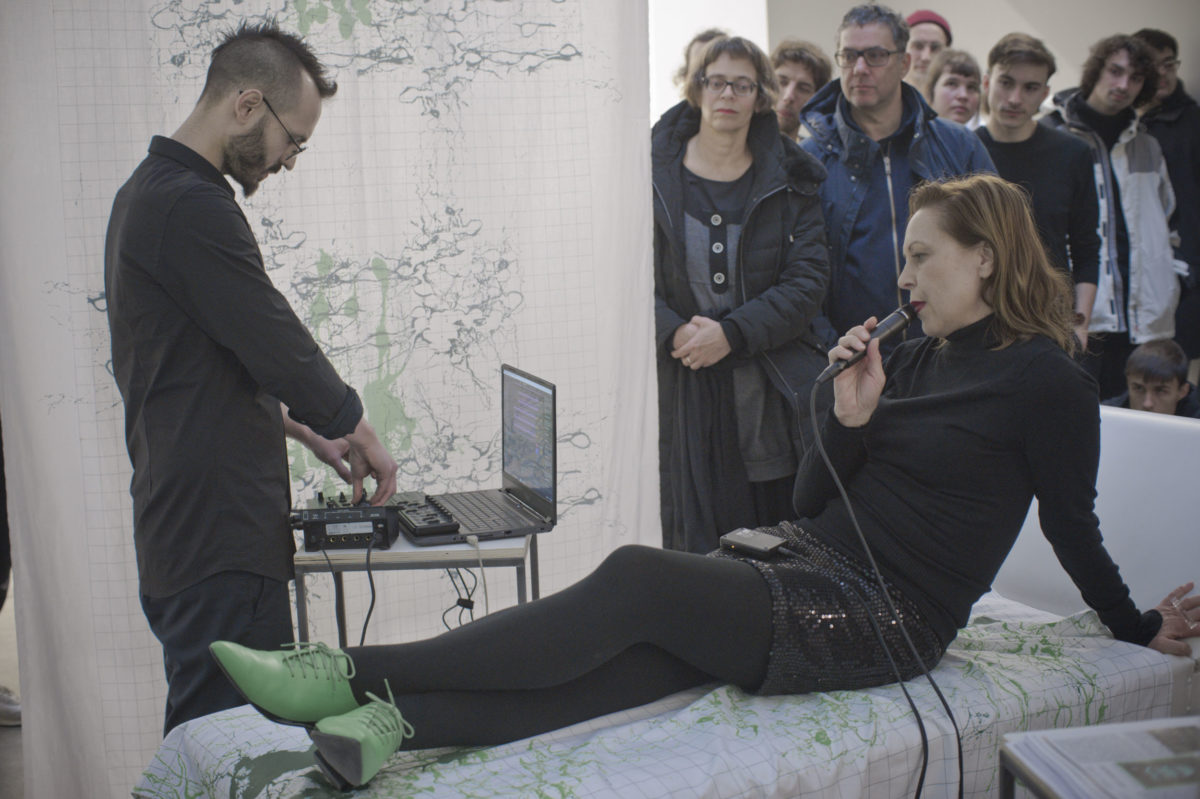 Ms. Jahrmann is one of the pioneers of Game Art with a presence in international exhibition venues such as ZKM Karlsruhe, Ars Electronica, transmediale Berlin, Arco Madrid, Laboral Gijon, as well as at international Game Studies Research conferences such as DIGRA (Digital Games Research Association ) and ISEA (Inter-Society for the Electronic Arts). In 2010, Jahrmann was a Arts Research Fellow at the MIT Gambit Lab in Boston under the direction of Jesper Juul and Henry Jenkins.

From 2010 to 2013 Margarete Jahrmann was head of the EU HERA subproject PLAY & PROSUME at the University of Applied Arts Vienna. In 2013 she realized the gamification of an exhibition for the Kunsthalle Wien on the research output of the project on media avant-gardes, the manipulative potential in technical lead media in relation to subliminal messages, propaganda and advertising with the title “Technology Exchange and Flow: Artistic Media Practices and Commercial Application”.

As an art-based experiment, which was conceived as experimental arrangements in the field of performance-oriented urban games, as well as to support her theses on the capacity to act through play, she founded the research society “Ludic Society” parallel to her doctoral studies, which is focused on performance and urban interventions through play and has about 50 internationally publishing members from various technical, scientific and artistic disciplines. At the same time, since its foundation, it has published a magazine on game research, the Ludic Society Magazine, which was presented at international media art festivals and is itself to be understood as an artistic artefact. This magazine series culminated in 2016 in the publication of the “Voidbook”, a performance tool in book form on the occasion of the Society’s tenth anniversary, presented as part of a Ludic Soirée in the Cabaret Voltaire Zurich on the occasion of 100 years of Dada.

In 2015 she was a founding member of the German Speaking Game Studies Chapter “D-A-C-H” as an autonomous research association of the international DIGRA network. In 2016 she was Research Fellow at the Berlin Centre for Literary and Cultural Research (ZfL) with a game performance project on Memnosyne and Pathos Formulas of Movement. In the same year she realized an artistic experiment based on Near-Infrared-Spectroscopy, functional brain scans and the gamification of an experimental design in collaboration with S. Glasauer for the “Opera of Entropy” at the opening of the Musiktheatertage Wien. In 2017 she showed a Deep Dream installation, also with S. Glasauer, at the Ars Electronica in Linz. In 2018 her Neuroflow Game, a brain-interface controlled game on the psychological FLOW phenomenon produced by the Computerspielemuseum Berlin and in cooperation with T. Wagensommerer, will be premiered at the International Festival for Playful Media Amaze in Berlin.

Most important publications of the visiting scholar