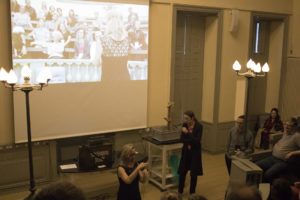 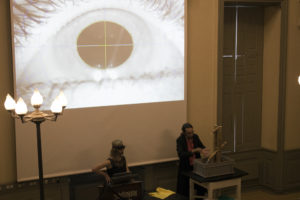 “Staged in the Amphitheatre of the Royal Academy of Surgeons of 1787, Margarete Jahrmann and neuro-scientist Stefan Glasauer performed a speculative flow-model of the brain as an optical flow of particles transmitted in the manner of vascular diffusion. (…)” Leonardo Review by G. Costatini

BOLD_G Model of the Brain: A Green Flow Metaphor by Margarete Jahrmann and Stefan Glasauer:

Presented at Medical Museion Copenhagen, Theatrum Anatomicum at the occasion of the

12th Conference of the European Society for Literature, Science and the Arts (SLSAeu) 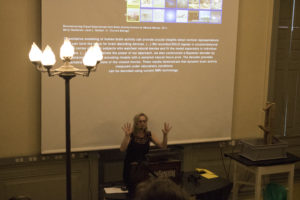 In BOLD_G Model we understand brain activity as flow of biochemical substances, similar to the flow of blood — instead
of electromechanically influencedmetaphors about the “firing” of neurons, “spikes” and “action potentials”. The flow metaphor allows moving away from misleading notions such as “the brain as a computer” and provides a more natural view on the central ner- vous system. In the BOLD_G model brain function can be un- derstood as flow, diffusion and absorption, an exchange of liquids and solvents. The flow model of the brain is a green metaphor, much more akin to the vascular transport of nutrients in plants. The flow metaphor is obvious also in current measurement tech- niques of brain function such as blood oxygen level dependent (BOLD) contrast imaging or calcium imaging. The green blood in censored games reminds us of these interconnections — of the bloodstream and data as its constituent element. In a structural coupling of contents and fields of research as enacted Ludic met- hod we perform the song of the neurons and visualize our model by animating the epistemic object, the neuron, appearing as green stream of thought and its representations. 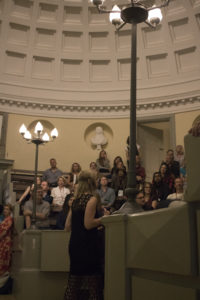 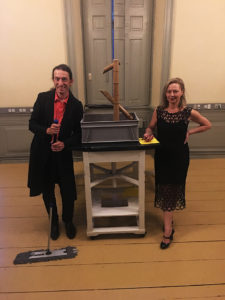 Stefan Glasauer is a neuroscientist, Professor for Computational Neurosciences at University Cottbus, teaching and working at the Ludwig-Maximilians-University Munich. He is interested in general principles underlying perception, action, and sensori- motor control. After studying Electrical Engineering with a focus in cybernetics, he did his PhD at the Max-Planck-Institute for Behavioral Physiology on perception of gravity.