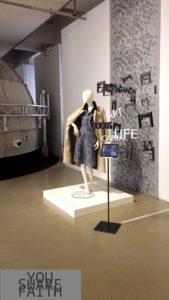 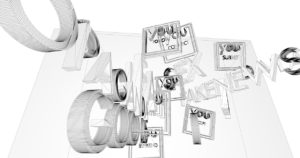 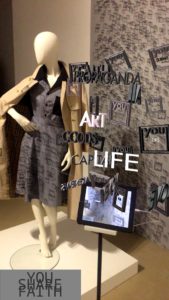 In this augmented reality game a fabric pattern generates new words. In the app the players combine these words into new sentences in virtual space. They play “Text Tetris”! Subliminal messages from advertising and propaganda become visible. Photos of the results are posted from the game app to Instagram and other such channels. The new images are generated from the interaction with people in the installation with the textile as a photo backdrop. The players become role players of hidden messages. 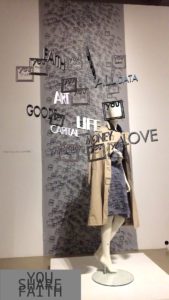 Content is the new participative imperative: the inherent pressure to participate in social networks. Players become “prosumers” who produce and consume, not voluntarily rather constantly and simultaneously, capitalising friendship and freedom of opinion.
For the previous version of the project, AAA Profiler (2011), a fabric made of augmented reality codes was developed and printed at the textiles workshop at the Angewandte. In a performance at the showroom Electric Avenue in Vienna’s Museumsquartier the artist laid in a display window wearing the costume and animated people to make photos with the app, which were instantly combined with new texts, posted on Twitter, and projected in the installation. 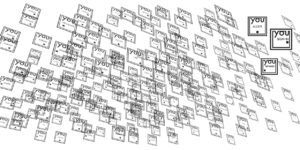