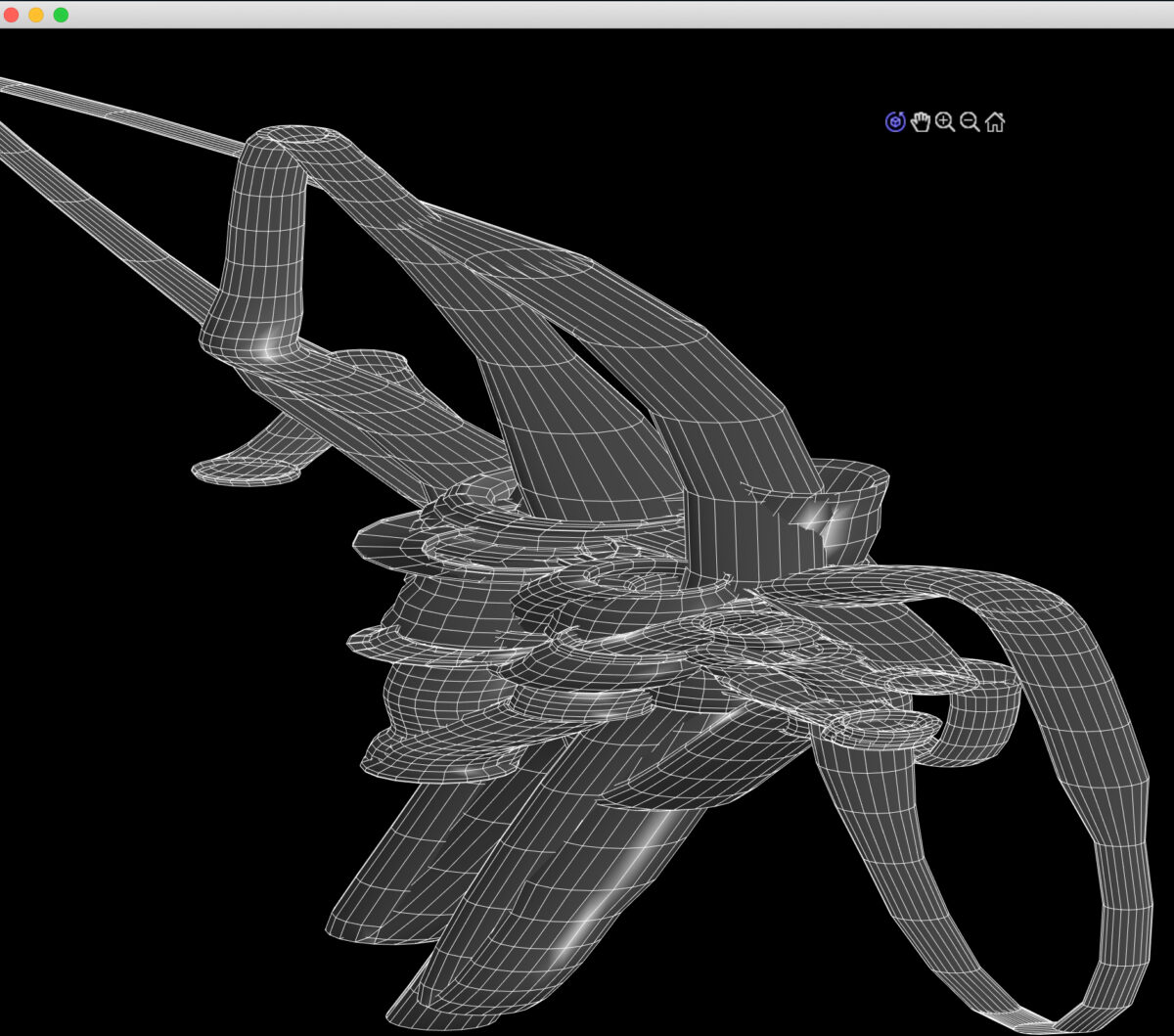 About 20 min of interactive 3D replay of an online brainwave performance recorded on January 22, 2021.

WIREBRAIN was generated through the use of two consumer EEG devices (muse) and a home-brew Matlab App during an online connected remote session with a third EEG user. Watch performance on the Neuromatic youtube channel!

Brain-computer interfaces are increasingly available as consumer versions using a low number of electrodes. Currently, the main use of such devices is in aiding meditation practices via biofeedback using frequency analysis of the measured EEG.

Our alternative approach opens up the use of BCI as “Neuromatic Devices”, as tools that can be used beyond current utilization as instrument for scientific measurement or, in its consumer version, for self-optimizing.

Here we present the “Neuromatic Brainwave Broadcast”, a series of online live performances using consumer BCIs that we have developed over the last year and that has been streamed first daily, then weekly on YouTube. The broadcast works as public experiment in which spectators can interact rather than watch passively, which blurs the borders between experimenter, performer, and test subject, at the same time revealing failures and technical problems and making them part of the experience rather hiding and discarding them.

During the broadcast, raw EEG signals from the consumer BCIs worn by two or more remotely connected participants are sent (via a combination of bluetooth and UDP) together with simultaneously captured video of the participants to a central computer. There, real-time visualizations of the EEG signal (implemented via custom-written Matlab code), the video images, text output of the software, and written instructions for the participants are composed to a final output that is streamed together with real-time sound generated from the signals to the Neuromatic YouTube channel. The stream serves as necessarily delayed bio-feedback for participants wearing devices as well as communication channel for the spectators who can comment and influence the performance via chat. The video streams and snippets from the EEG recordings serve as data trace and documentation of the artistic experiment.

The artistic research approach applied here to brain-computer interfaces resulted in the development of a publicly open explorative method, the Brainwave Broadcast, which allowed investigating the space of possibilities spanned by the use of different media for transforming BCIs into Neuromatic devices that allow a collective critical reflection of intrusive brain technology.